My Neighbour’s Fence Is On My Land – Move It Or You Might Lose It! 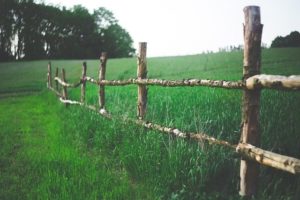 Has your neighbour built a fence on your property?

If they have, they’re trespassing and you can make them remove it.

If you don’t, and the fence remains in place for long enough, your neighbour could apply to register your land as their own.

It amazes me how often this happens.

Sometimes it’s completely innocent.  A miscalculation by the contractors.  Or someone read the plans wrong.

However sometimes it’s a blatant land-grab.  Often carried out while you’re at work, or away on holiday.

Sadly, this type of behaviour is more common than you’d think.

It might only be a few inches, but in some cases it’s a lot more, with big chunks of land being stolen.

I once acted for a client whose neighbour (a developer) tried to annex a huge area of my client’s land in Central London onto their own.  They did this while my client was away.

The court was very quick to make them hand it back.

And to penalise them on costs.

The same principles apply regardless of the length of the fence or the size of the land.

However much it is, if the fence has been built on your land you can have it taken down and rebuilt along the boundary line.

“I went to Ian with an issue about a fence that my neighbour had built on our boundary.  He gave me straightforward advice that was really helpful.”

Why Has My Neighbour Built A Fence On My Property?

I’m lucky.  I get along well with my neighbours.  They’re very nice.

But some people’s neighbours aren’t so nice.  They often harbour a grudge for whatever reason, or they’re always looking for a fight.  Others are simply ignorant. 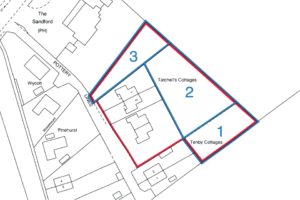 Often the location of the boundary line between your properties is their biggest grievance.

They might think that the line follows a different route to the one you’re used to.

There can be many reasons for this.

They might be relying on plans that they’ve downloaded from the Land Registry, which are often useless.

In fact the plans to your own property might be just as useless, and you might both be wrong.

Or they might just want a bit more space to plant their dahlias.

Sometimes, as I’ve said, their act will be completely innocent, and they may be completely oblivious (or ignorant) that they’ve built a fence on your land.

They may genuinely believe that they’ve followed the boundary line. 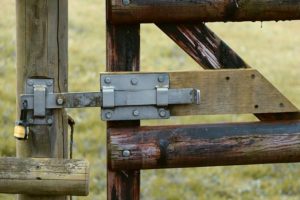 On other occasions it will be a calculated act, often carried out in the hope that you won’t do anything about it.

That was the case with my client in Central London.  The neighbour in that case stood to gain a lot financially if my client did nothing.

Many of us prefer to avoid conflict, and your neighbour may well be relying on that.

Having dealt with many boundary fence disputes, there is a lot to be said for trying to avoid the conflict that these issues can create.

But that doesn’t mean you should simply lie down and accept what your neighbour has done.

My Neighbour’s Fence Is On My Property – What Can I do?

So, what can you do?

You could do nothing, but if your neighbour is in possession of the fenced off land for long enough they could apply to have it registered as their own.

This right can arise under the principles of “adverse possession”, which is often referred to as “squatters rights”. 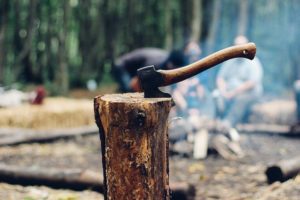 If it’s on your land, you might be considering removing the fence yourself.  But if you’re wrong about where the boundary line is (and you might well be) it could be you who is trespassing.

By removing the fence you might then be liable for property damage, as well as the trespass.  And it’s not unknown for the police to be called.

Instead a softer approach should be taken, at least to start with.

This is especially true if your neighbour is genuinely ignorant as to the trespassing fence.

You don’t want to create an argument where a simple exchange of views might easily resolve the situation. 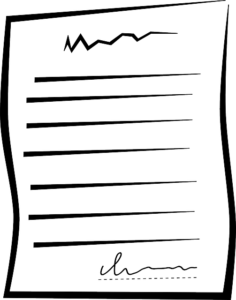 If that doesn’t work – perhaps you’ve already tried speaking to your neighbour and it’s gotten you nowhere – then a letter from a solicitor requiring the fence to be removed will probably do the job.

Too aggressive a letter and things may turn sour quickly.

Often just the sight of a solicitor’s letterheaded paper can be enough to show your neighbour that you’re taking things seriously.

If they don’t remove the fence, and/or don’t respond, then a more formal letter might be necessary.

We call these “pre-action letters”, or “letters before action”.

They still don’t have to be too aggressive, but they should leave your neighbour in no doubt that you require the situation to be remedied.

The letter should specify a reasonable period of time for the fence to be removed or for a substantive response to be provided.

They’re also a necessary step before taking any formal action.  If you don’t send one and go on to take action you could be penalised.

There is a protocol to follow, and it should be. 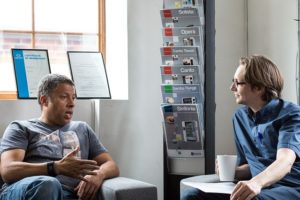 Mediation is an informal and flexible process that is held on a “closed” basis so that the parties can say anything they like without fear of their comments being referred to in the future.

It has around an 80% success rate, it’s quick and easy to set up, and it can avoid a lot of unnecessary cost and confrontation.

Anything can be agreed in a mediation.

You might agree an alternative route for the fence.

Or your neighbour might offer you some cash to leave it where it is.

Mediation (or other forms of “alternative dispute resolution”) is another thing that must be considered before any further action is taken to ensure that you avoid being penalised at a later date.

The long and the short of it is that in most cases there are plenty of things that you can do to try to have the fence removed.

My Neighbour Put A Fence On My Land – Can I Sue Them?

If you’ve gone through all of the steps above and the situation has still not been resolved then you can consider applying to court for an order for the fence to be removed, and for possession of the land in question to be given back to you.

Is It A Boundary Dispute?

In reality, if it has got this far, it’s likely that the underlying issue is actually a dispute about where the boundary line between the properties is located.

It’s often the case, therefore, that any application to court will also includes an application for the exact route of the boundary line to be determined.

Remember I said above how the Land Registry plan can be useless?

That’s because in the large majority of cases the the boundary lines are shown for general purposes only, and given the scale that they come in, they can be metres off the actual position on the ground.

A determination on the exact route of the boundary will essentially put the issue to bed for good. 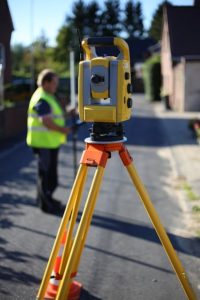 If the location of the boundary line is the underlying issue, before applying to court you should take the advice of a land surveyor who specialises in plotting boundaries.

A general surveyor is unlikely to have the necessary equipment or experience to provide this advice.

Again, if things have got this far, it’s likely that your solicitor will already have advised you to get a specialist report.

If the advice is favourable to you, and if you have exhausted all attempts to resolve the matter, then you can consider applying to court.

I completely understand how aggrieved you can feel when someone trespasses on your land, or if they try to steal a bit of it, but going to court should always be the last resort.

A good letter or two should do the job!

Alternatively, email me at: ian@propertydisputes.co.uk

Or complete a Free Online Enquiry

I’ll get in touch as soon as I can for a chat about your legal rights and options.

There’s no cost or obligation.

“Attentive, professional and matter of fact…”

“I’d recommend you get in touch with him…”

Why Get In Touch?

Member of the Law Society of England & Wales

Member of the Property Litigation Association